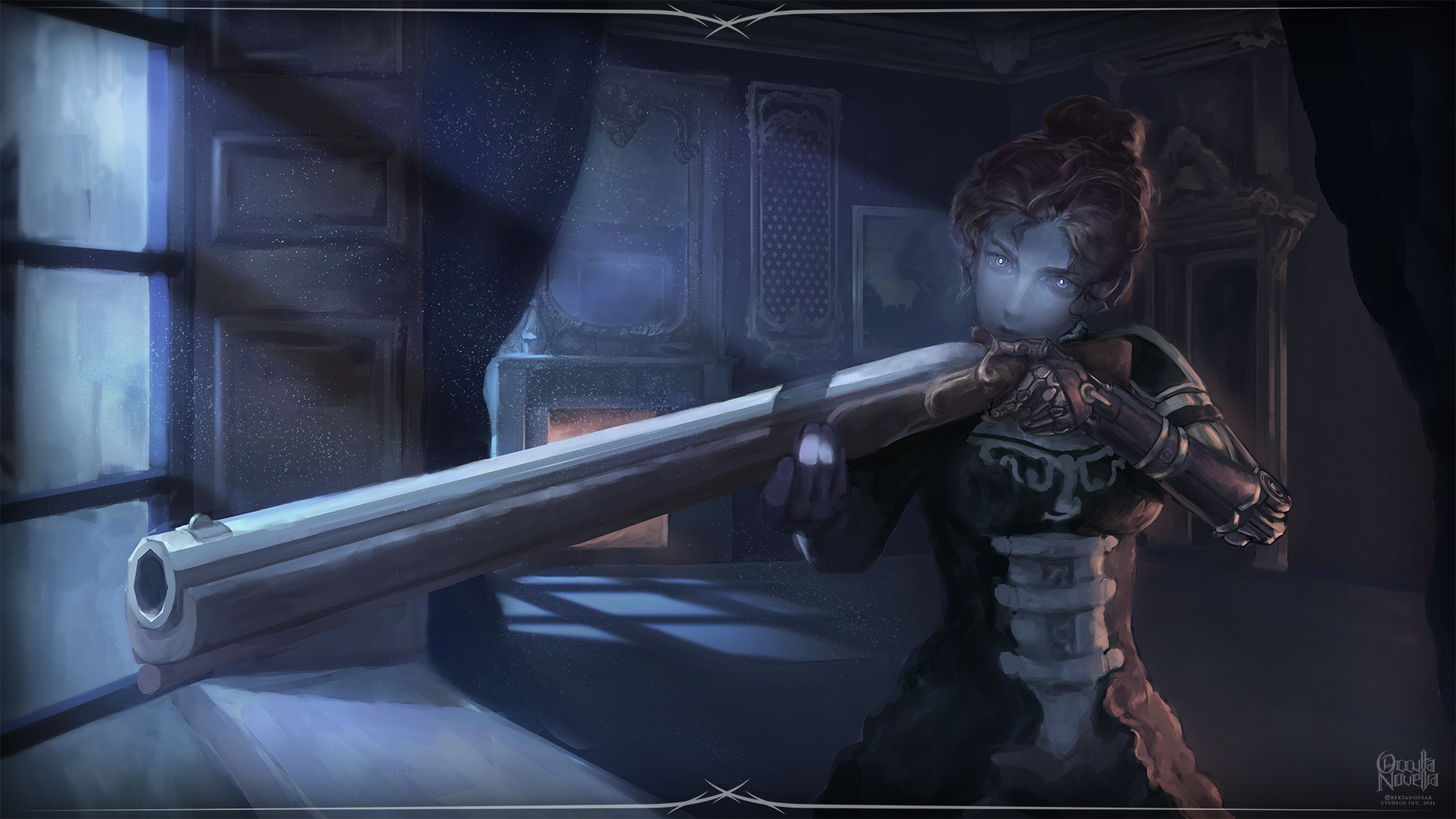 “Iscara, I’m afraid to ask, it’s been so long. I can’t remember, how is it we came to Aphantasia?”

The Operator’s Guild has few mirrors in their stronghold, even in the master chamber. Jackson avoids them, having yet to see the way his brain deformed around his skull, squeezed out by the bullet that killed him.

Iscara is not without her own wounds. Bullet holes riddle her torso, the moonlight illuminating them like a child’s flashlight pointing stencils at a wall.

She sits at the head of the executive table, having foregone a throne she could have had. Jackson’s spot is better, away from the glare of light entering from a large window.

Grabbing her rifle, she aims it out, eyeing a pack of Draculi. The water-snakes with fangs and human jaws, are circling a spherical spider, with arms distributed for reach in any direction. The Arinspore ingests its opposition by sticking them to itself and absorbing them, alive, with a sticky acid.

A few humans are screaming relentlessly, having been stuck to its thorax. Their heads look melted. Iscara tries not to think about what that would feel like.

“It feels like I’ve existed for a few hours at most.”

His temporal horizon for memory must be very short.

“Maybe we can fix that.”

Jackson looks down, ashamed, relenting at the idea of needing help. The heat of a nearby fireplace warms his composure back up.

Iscara of Grevania continues, “We were just young Grevans, and they wanted to make us pawns. Soldiers in their own stupid war, Jackson.”

She feels a tactile sensation, wrapping around her wrists, bending invisibly into her bones. As if there’s a second flow of blood, she struggles to differentiate and manipulate it.

Jackson’s head warps into that of a snake, but retaining his masculine jaw, and growing fangs of dripping, bright red bone. He feels the tactile motion as well. If he tries, he can feel the entire room as if its surface were his skin.

“You try too hard. Let go. Try to remember the way your body morphed from child to adult, growing, but into something else.”

He looks around, at nothing in particular, flexing his snake neck.

“We died Jackson, that’s why you can’t feel your hands. Let me tell you about Ten Thousand Guns.”

A voice whirrs within Iscara’s head, excited that someone wants to talk about it.

Thomas, her childhood friend, and could have been lover, lies crumpled on the stone brick floor. His chest is riddled with bullets, mouth open in awe, blood pooling around his body. It’s drying, becoming a darker, sticky color.

Iscara glances over her shoulder. Her friends are stacked behind statues of creatures, and the pillars supporting the Atrium of Forms.

The Grevan soldiers exchange rounds with the young adults that refused a gruelling conscription.

Jackson takes a bullet to the head.

Her cute face is angry. Iscara approaches Iskadiel at the center of the atrium, rifle in hand.

“You’d have made a good operator,” Iskadiel remarks.

But the massive mural on the atrium’s southern wall glows, fading to reveal a garden full of flora and immaculately designed architecture. Bridges span across rivers and ponds, as if the ravines below the floating Atrium of Forms had been filled with water in a parallel universe.

Black fog emanates from the door. Iskadiel raises her hands, emitting a kind of aura, like if the gray noise in one’s vision had tinted a few shades brighter. The crown operator is afraid, she doubts her return to the Grevan capitol.

Iscara’s wounds don’t heal, but she gets up. A voice beckons, manifesting as symbols overlaid on her vision, as dancing shapes, and sounds she can see.

You’re not dead yet. I’ll give you the strength of Ten Thousand Guns.